Hey there Sweet Friends, I’m all into holiday mode and enjoying every moment of it.

December has been full of fun Christmas decorating and DIY’s. The Tablescape Blog Hop happened at the beginning of December and I showed off my “Nutcracker Christmas Table Decor!”

But with that being said, I have a question for you all? Do you ever eat a piece of pumpkin pie without wipe cream?

“Of course not!” I hear you saying.

Then, I ask, “Why would you decorate your table and not your chairs?”

Every chair needs to be decorated, especially on special occasions and when the table is all decked out. It’s kinda like pie ala mode. You can’t have pie without ice cream, right?

In today’s post I’m going to show you how I created these Christmas Greenery Star’s for the back of my dining room chairs. Of course, the stars can be used in many places and adorned with many things.

At the beginning of December I showed you how I decorated my Front Door, Front Door Holiday Decor and Five things Needed to Decorate the Front Door.

Then, I joined a bunch of friendly bloggers on a Christmas Tablescape Blog Hop and showed off my Nutcracker Christmas Table Decor. I received so many comments on how my nutcracker story brought back memories for many and my Christmas Stars reminded them of the Star of David.

The stars were such a hit, I thought I’d take a moment to show you how I created the Christmas Greenery Star’s for the back of my chairs.

Just like in previous projects, like the “Faux Fur Ribbon Embroidery Hoop Christmas Ornaments,” I say, use what you have.

Step one: If you can’t find greenery sticks at the craft store, just take a large piece of garland and cut it into pieces. I used six pieces for each star. Each piece was one foot long. If you are making four stars you need 24 pieces of 1 foot long greenery.

Step two: Twist the end of two pieces of garland together to get started.

Step three: Take your third piece of garland and create the first triangle of your star.

Step four: Intertwine each triangle together so they hold together better.

Step five: Once the triangle is complete, use ribbon to accent the Christmas Greenery Star.

Step six: use the ribbon to attach the star to the chair and tie it into a beautiful bow.

Now go out there and create something and have yourself a Very Merry Christmas.

More from Create with Cynthia

This site uses Akismet to reduce spam. Learn how your comment data is processed.

Hi, I’m Cynthia Nessel, the founder and editor of Create with Cynthia, a DIY craft and hobby blog, where I share tips and step-by-step tutorials for vintage enthusiasts. This space is an expression of who I am and what I love to do. ❤ Read More »

Get Your Free Home Kit! 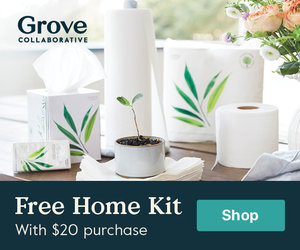 I spent the weekend moving furniture so that my en

Happy Sunday Sweet Friends! Who holds the key to y